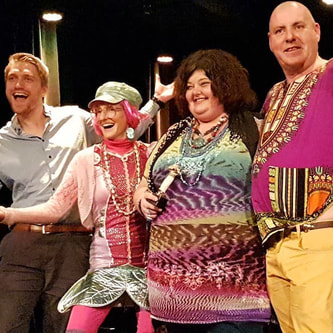 Schizy Inc. is living experience led. We are an incorporated, registered not-for-profit organisation and align with the United Nations social model of disability (2012) which states we aren't the problem to be fixed, rather society needs to be more welcoming, safe and accessible for our diverse bodies and minds.

Schizy Inc dream up and run innovative arts events and projects. These include online forums, Mojo Film Festival, Pax Animo festival of illustration and Sanctuary outdoor arts retreat. We are working towards a Healing Farm where people can work with nature and creativity to honour their life journey.

Schizy Inc. works for personal and community pride with genuine connections in our global lived-experience neighbourhood. We do this because we know healing from post trauma stress comes from being creative, curious and courageous. And being around others doing the same.

'Schizy Inc are not art therapy'

Yet our power as a 21st century cultural group is in owning and telling our stories,
displaying them in professional ways that respect the owner and creator, rather than merely medicate.

We build the kind of spaces that make you proud to have survived your past and now deserve respect as owners of social wisdom.

Schizy Inc started in 2008 by pyschiatric system user, Heidi Everett. Heidi spent many years in psycho-social rehabilitation groups and saw first-hand the need for gathering spaces that respected and empowered people rather than treating people as patients with mental illness needing help to socialise.

The first Schizy event in 2010 was a 'Hot Dog Parade' in a Melbourne park during mental health week and featured companion dogs strutting handmade fashions down the runway. 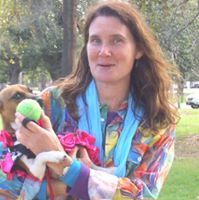 Heidi's own diagnosis of schizophrenia, led her to experience the lack of meaningful activities during schizophrenia week. Heidi was also practicing as a working musician so the two were put together and Schizy Week Jam was born at a small live music venue in North Melbourne in 2012 with the help from some muso mates, friends and supporters.

The event continued every year and only featured bands and performers with living experience of diverse mental health. The 'One Love international jam' perhaps became the most famous part of the event. Musicians with lived experience from the US, Canada, England, Wales, Northern Ireland and New Zealand, jammed on the big screen with muso's on stage, with a cover of Bob Marley's iconic song One Love.

Since then, Schizy Inc has diversified their arts platform to include all story-arts, including illustration, film, stand up comedy, writing, nature-based creativity, visual arts, and personal and community empowerment development.

From 2017, Schizy Inc has planned and delived the only public schizophrenia week events in Victoria, if not Australia, after the original service creators of the week moved interstate and rebranded themselves as a wider mental health service. Schizy Inc now run events and projects all through the year, online and in collaboration with other arts organisations, and are steered by a committee, large membership base and allied mentors.

Schizy Inc is one of the most trusted and consistent living experience led arts organisations in the world. Our events always epitomise professionalism and we adhere to the social model of disability, whereby it's not the person's impairment that disables them, it's the structures and attitudes of society - this includes the medical model of mental health.

It's not acceptable for journalists to associate serious criminal activity with a mental health diagnosis. Mental illness is never public defense for crime.

The UN Convention of the Rights of People with Disability Article 8 (part 2)
states Australia must:

"Encourage all organs of the media to portray persons with disabilities in a manner consistent with the purpose of the present Convention" ie Article 1"to promote respect for their inherent dignity".


UN Convention of the Rights of People with Disability, accessed June 2018
https://www.un.org/development/desa/disabilities/convention-on-the-rights-of-persons-with-disabilities.html